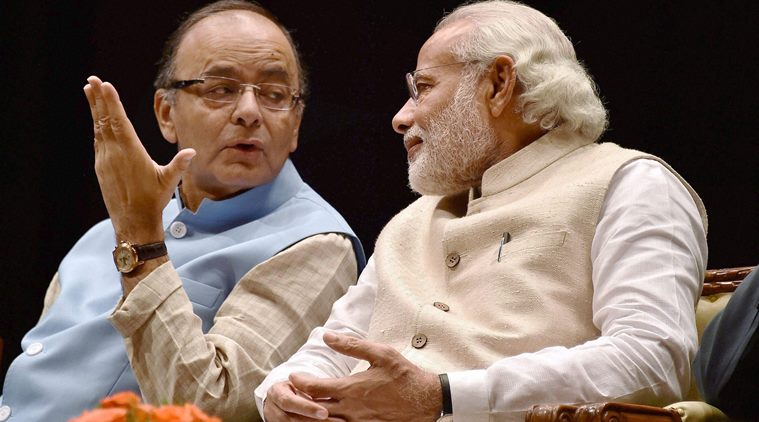 The Cabinet has cleared all recommendations made by the Seventh Pay Commission report that will result in about 23.55 percent overall increase in salaries, allowances and pension for more than 1 crore government staff and pensioners. The move is expected to give a big boost to the economy as consumption demand in urban areas is likely rise owing to the rising income levels.

In January, the government had set up a high-powered panel headed by Cabinet Secretary PK Sinha to process the recommendations of the 7th Pay Commission which will have a bearing on the remuneration of nearly 50 lakh central government

The Sinha committee has submitted its report on the recommendations, a PTI report said.

Here’s a quick look at the recommendations and the likely implications for the economy:

The Pay Commission recommended 23.55 percent overall increase in salaries, allowances and pension. This is estimated to put an additional burden of Rs 1.02 lakh crore, or nearly 0.7 percent of the GDP, on the government.

The panel recommended a 14.27 percent increase in basic pay, the lowest in 70 years. (The 6th Pay Commission recommended 20 percent hike. This was doubled while implementing it in 2008.)

The minimum pay in government is recommended to be set at Rs 18,000 per month. This is more than double the present Rs 7,000.

In order to bring in greater transparency, the report has recommended replacing the present system of pay bands and grade pay with a new pay matrix.

The Pay Commission recommendations, once implemented, are expected to boost the consumption demand, and in turn growth.

As R Jagannathan argued in this article, the recommendations could turn out to be an opportunity for prime minister Narendra Modi as the “dash of additional expenditure may be just the prod required for restarting the virtuous cycle of consumption, investment, growth, profits and all the related paraphernalia”.

However, there are other issues. It is going to increase the general expenditure of the government. When these recommendations were made, inflation was moderate. But the actual implementation of these recommendations is coming at a time when inflation is rearing its head again. So, there are chances that a spike in demand supported by higher pay to the government staff may just push the inflation further up.

It also has to be remembered that crude oil prices that were benign a while back are not so now. The prices for crude are seen around $50 dollar a barrel now and a further increase cannot be ruled out. However, the only thing that may come to the rescue is a Brexit-induced global demand slowdown that will keep the commodity prices, including that of crude, under check.

The Reserve Bank of India, in its last policy statement, had raised these concerns while saying the surprise rise in April inflation has rendered uncertainty its future trajectory.

“…There are upside risks – firming international commodity prices, particularly of crude oil; the implementation of the 7th Central Pay Commission awards which will have to be factored into projections as soon as clarity on implementation emerges; the upturn in inflation expectations of households and of corporates; and the stickiness in inflation excluding food and fuel,” it said.

Above all, a PTI report said citing sources that the secretaries’ panel may have recommended higher pay increase, with minimum entry level pay at Rs 23,500 a month and maximum salary of Rs 3.25 lakh.

If the government approves this, the outgo will increase further and so will the burden on government expenditure. It will also have serious repercussions on fiscal deficit of the government which has been set at 3.5 percent of GDP.

However, Richa Gupta, senior economist, Deloitte India, thinks the net impact of the implementation of the recommendation is going to be positive on the economy.

“Overall, there are three aspects: once implemented the recommendations will result in an increase in urban demand; this may in turn lead to higher inflation and put a burden on the government spending. But past experiences tell us that the net impact of pay commission implementation has always been positive,” she said.

Also, it is to be noted that the global economy may continue in a rough patch due to Brexit. In such a scenario, the only factor that could help India is the domestic demand and a 23.55 percent compensation hike for government staff will only help, Gupta added.