Revision of Additional Relief on death/disability of govt servant under NPS in 7th CPC: Railway Board Order RBE No. 78/2017

Subject: Revision of Additional Relief on death/disability of Government servants covered under New Pension Scheme (NPS) in pursuance of Government’s decision on the recommendations of the 7th CPC – reg. 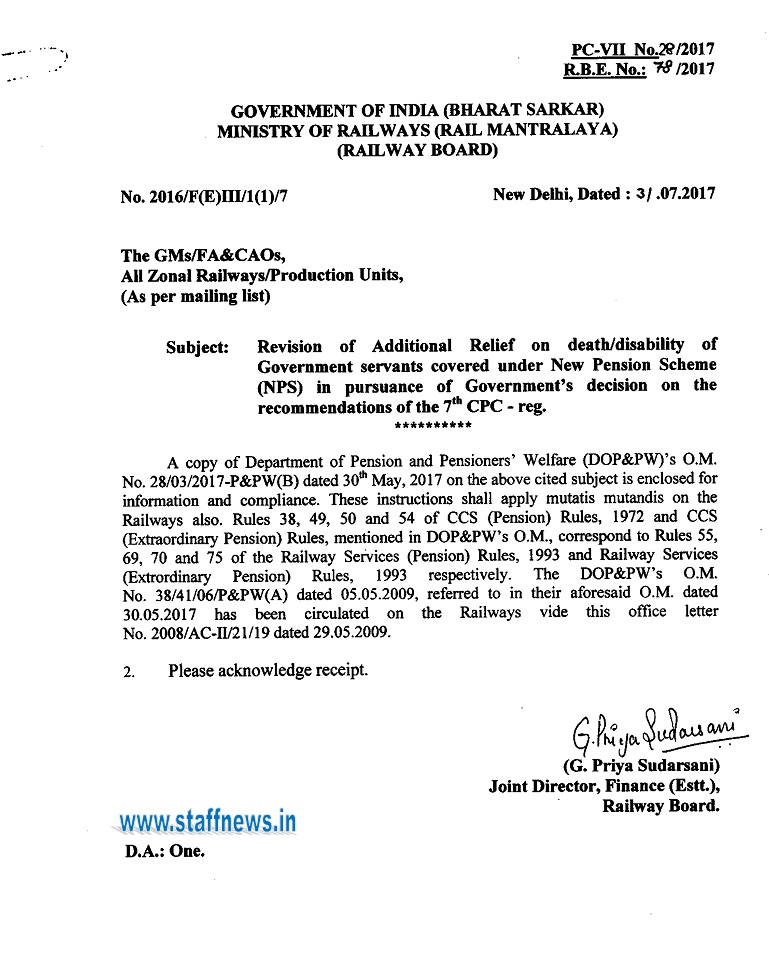