RBI Circular: No Limit for Cash Withdrawal from ATMs from February 1

2. On a review of the pace of remonitisation, it has been decided to partially restore status quo ante as under:

The limits on Savings Bank accounts will continue for the present and are under consideration for withdrawal in the near future.

Limits vide the circulars cited above placed on cash withdrawals from ATMs stand withdrawn from February 01, 2017. However, banks may, at their discretion, have their own operating limits as was the case before November 8, 2016, subject to 2 (ii) above.

3. Further, banks are urged to encourage their constituents to sustain the movement towards digitisation of payments and switching over of payments from cash mode to non-cash mode. 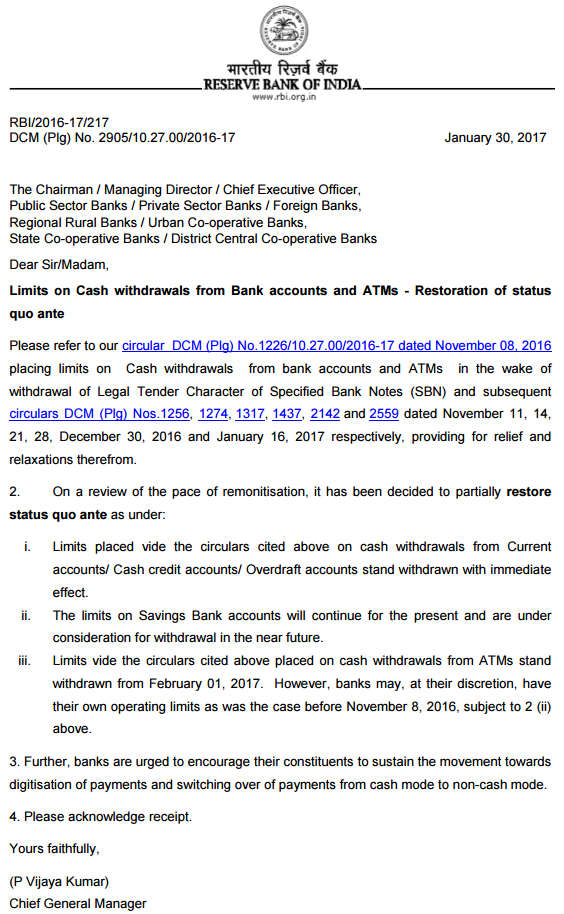