Pros and cons of One rank one pension scheme 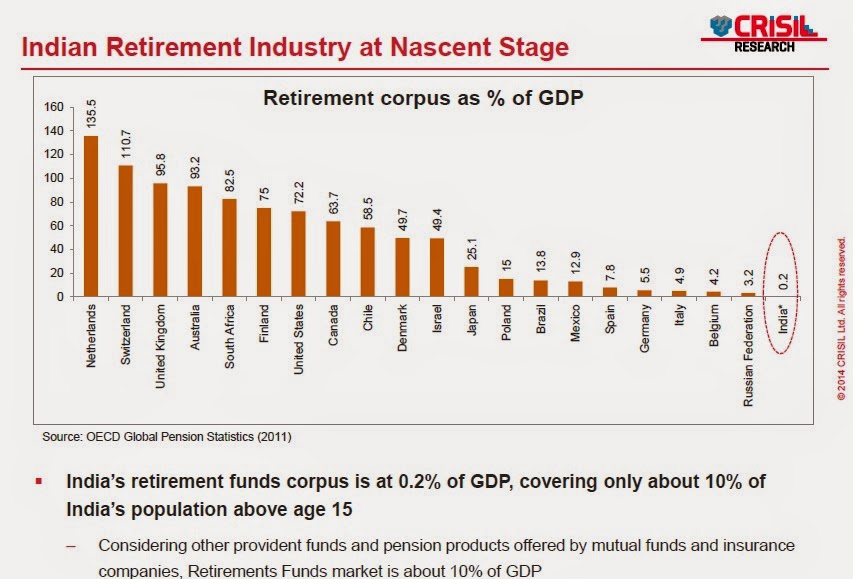 New Delhi, Feb 5: One Rank One Pension ‘OROP’ implies equal amount of pension for having served in the same rank and also having rendered the same length of service.

Discontent among ex-servicemen is largely because of the reason that with every successive pay commission the gap between past pensioners and their younger equivalents grows further. According to Lt Gen Raj Kadyan, who is the chairman of Indian Ex Servicemen Movement, “The stark difference can be seen after implementation of the Sixth Pay Commission”. He further says, “for equal service, a Sepoy, who retired prior to 1996, gets 82% lower pension than a Sepoy who retires after 2006. Similarly, among officers, a pre-1996 Major gets 53% lower pension than his post 2006 counterpart”.

The OROP is not easy as it seems to some. There are several big hurdles to achieve this ambitious task. When a country has ‘zero’

GDP In a country which has zero GDP growth.

A worker, who wants pension wealth at the age of 60, buys annuity, needs to pay a fixed amount of money every year into his pension account that will help him purchase a annuity post retirement. The magnitude of his annuity must be half his last salary.

Let assume, if the person pays Rs A (for annuity) which eventually pays him Re 1 per month, post retirement. In such a case his pension at the time of retirement will be half his final wage, Aw/2; where w is the person’s wage.

This is how all ordinary pension schemes work. If one wants an unfunded, or a `defined benefit’ pension, then the taxpayer will have to pay Aw/2 for each person.

In simple words, if a person wants a fixed cash flow of Rs 1 per month until he/she dies, then the annuity market will charge him/her a sum of Rs A. This will be the lowest price of an annuity or simple unindexed nominal annuity.

If a government promises an unfunded inflation-indexed annuity, it is placing an expense of Bw/2 on the tax payer.

In a country with high GDP growth, where per capita growth is say 6%. In such a country GDP doubles every decade and that is where the difference emerges.

Suppose a person’s age is 60 but his wage was half of those who are getting 59-years-old. His pension remains constant when he’s 70 but those who were 59 have roughly got their wage doubled. In such a scenario, a pensioner is no match to a worker.

This was not a big deal in Western countries as they have a slow growth rate but in case of a high GDP the gap becomes a mammoth one.