JAMMU, June 17: The Union Ministry for Tourism today extended by another two years a proposal to grant Leave Travel Concession (LTC) to Jammu and Kashmir and North East by air.

The package was due to expire today.

The extension in package by another two years will allow all categories of Central Government employees to travel to Jammu and Kashmir by air, using either Air India or private airlines by Economy class only, irrespective of their entitlement.
The proposal would not only provide the Central Government employees an additional facility as an incentive but also give boost to tourism in Jammu and Kashmir, official sources said. 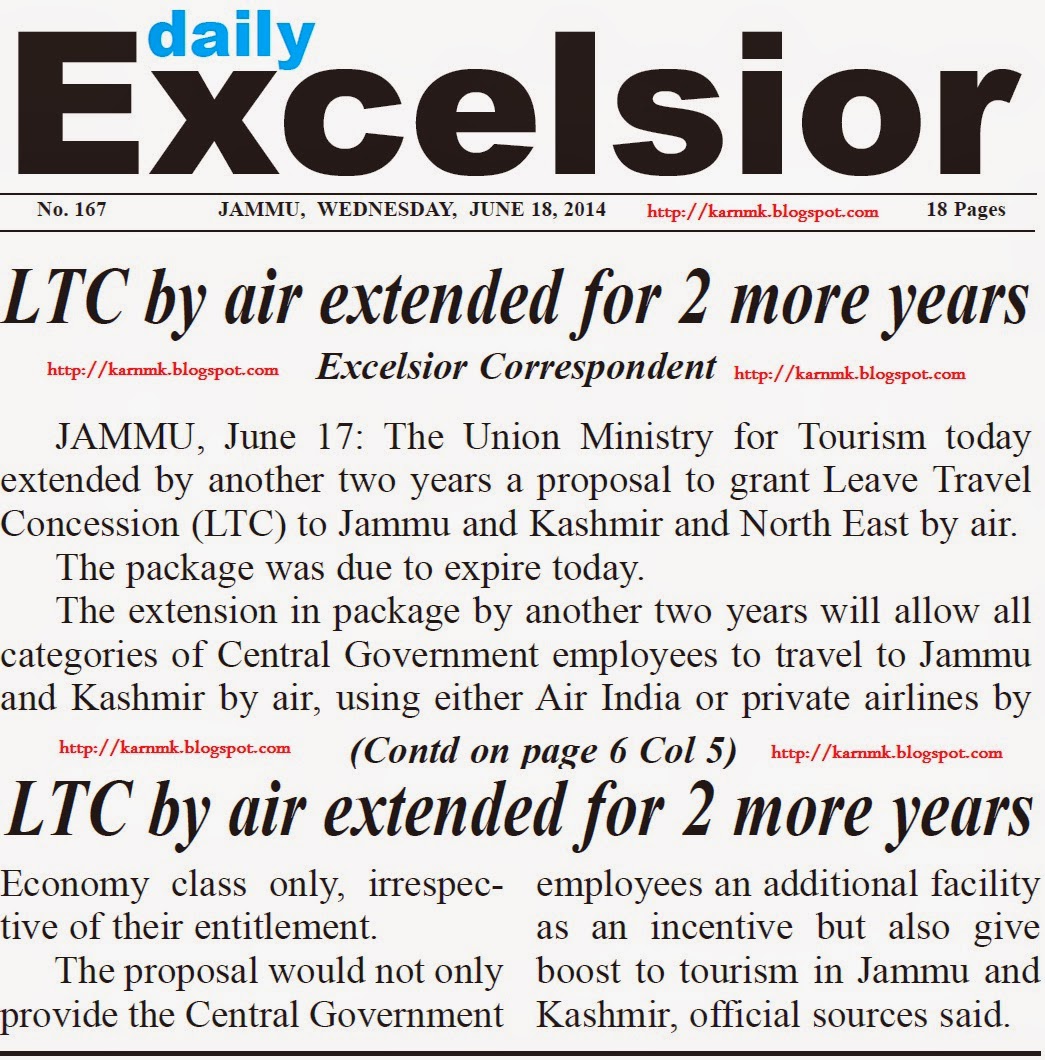