While reviewing the transfer policy and issuing comprehensive guidelines on the subject, Railway Board under Para .(xi) of their aforementioned letter dated 31.08.2015, have also directed the following in case of non-gazetted staff:

”In case of non-gazetted Railway employees, no inter-Railway transfer request will be considered till completion of 05 years of joining Railway.”

2. Furthermore, it is also desired that, on Divn/Unit two separate priority registers should be maintained, one for registering requests for transfer within the Northern Railway and another for Inter – Railway transfer to other Zones/PUs etc.

The’aforesaid instructions may be adhered to strictly while dealing with transfer request cases.

Source: Image given below:- 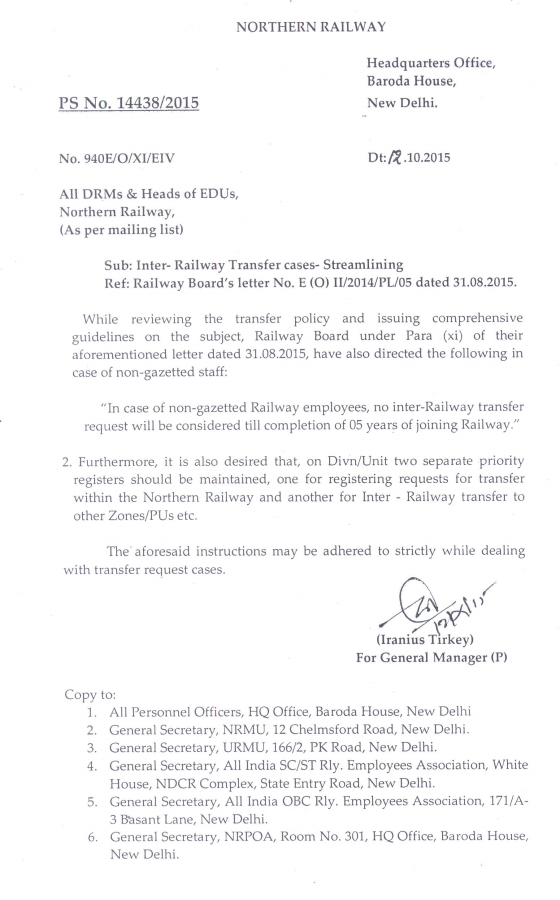