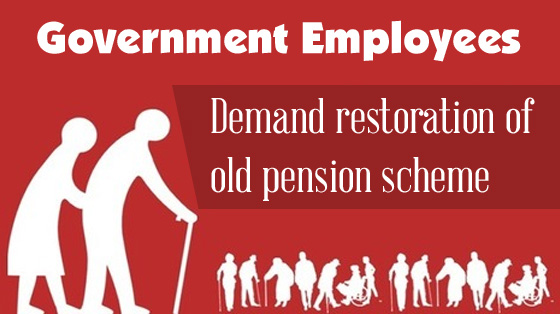 Hundreds of employees staged a dharna outside the Hamirpur office of local MP Anurag Thakur and raised slogans against the new pension scheme.

The employees said if the old scheme was not restored then they would be compelled to launch a nation-wide stir.

The employees demanded all parties declare in their manifestos that the old pension scheme would be reverted back to.

Senior BJP leader Prem Kumar Dhumal, who was in Hamirpur during the dharna, addressed the employees and assured them that he would take up their issue with the central and state governments. He said their case was justified.