New Delhi,: The Seventh Pay Commission headed by Justice Ashok Kumar Mathur is likely to submit its report to Union Finance Minister Arun Jaitley in December, presumably recommending a 40 per cent hike in salary for the central government employees. 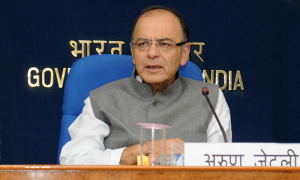 Justice Mathur already told PTI on August 25, “The Commission may submit its report by the end of September.”

“We are likely to recommend something for the good of central government employees, after observation of inflation, the government’s financial position and salary structure of government employees in other countries. The Finance Minister will give the latest highlights,” a top official of the pay panel said, speaking on condition of anonymity.

He also said it has been mandated to recommend incentive schemes to reward excellence in productivity, performance and integrity, which it will do.

“Though previous Pay Commissions have talked about linking pay with productivity, the earlier governments have not accepted such recommendations. Since this government has shown strong political will, we hope they will accept our recommendations,” he added.

Over 5 million central government employees are expecting a bounty from the report which is likely to recommend major changes in salaries and terms of employment, including performance-linked pay and incentives.

“A joint secretary gets now Rs 128,000 as monthly salary with dearness allowance. I do not expect it to go up to more than Rs 160,000,” a joint secretary-level official of the Central Government said.

In his pre-budget speech in February, Jaitley said,“the Seventh Pay Commission impact may have to be absorbed in financial year 2016-17.”

The salary outgo of central government employees will increase in financial year 2016-17 at 15.79 per cent to Rs 1.16 lakh crore with the likely implementation of the Seventh Pay Commission award, said the statement tabled by Finance Minister Arun Jaitley in Parliament on August 12.

The Seventh Pay Commission, which was set up by the UPA government, was required to submit its report by August-end. The government constitutes the Pay Commission almost every 10 years to revise the pay scale of its employees and often these are adopted by states after some modifications.

The Commission has already completed discussions with various stakeholders, including organisations, federations, groups representing civil employees as well as Defence services and is in the process of finalising its recommendations.

The recommendations of the Seventh Pay Commission are scheduled to come into effect from January 1, 2016.