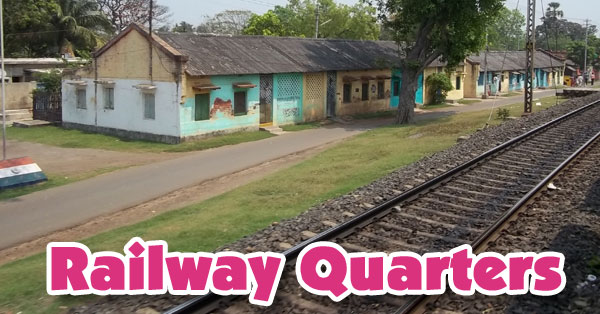 The General Secretaries of
Affiliated Unions of NFIR

During NFIR’s PNM meeting held with the Railway Board on 13/l4-11-2017, Federation raised the issue of the condition of Railway Quarters outside agenda and stated that the condition of quarters continue to remain deplorable. Federation further said that the deteriorated condition of Railway quarters and the Railway colonies is on account of non-allotment of adequate funds and non-availability of artisan and other support staff under the JEs/SSEs (Works). Federation also stated that the deterioration of conditions has been causing severe hardships to the staff and their families living in the quarters.

Railway Board during NFIR’s PNM meeting held on 10/11-5-2018 conveyed following position through Action Taken Statement delivered to the Federation in the meeting:-

“Railway is carrying out repairs and maintenance of quarters along with constructions of new quarters on regular basis and this is ongoing process. Efforts are being made to repair more number of quarters each year with more fund allocation under demand No. 11 (500). For repair and maintenance of residential buildings, Rs. 1790 Cr. (RE) were allotted in year 2017-18 under Demand No. 11 (500). In the year 2018-19, this amount has been increased to Rs. 1899 crores. A Committee was constituted on comprehensive Housing Policy to examine, inter-alia, upkeep and maintenance of colonies as well. The Committee submitted its report on 3110112018. Based on the recommendation of Committee, Board inter-alia has approved the following for implementation in phased
manner:-

(i) For upkeep and maintenance of Railway colonies, setting up of IT based call centres at location of maintenance redressal.

(ii) Setting up of a separate wing for maintenance of infrastructure not related directly with operations. Delhi Division is to undertake this project on pilot basis.

(iii) Fixing of periodicity and scale/schedule of Renovation and maintenance in line with CPWD (CPWD Portal) and practices.

(iv) Specification of Fixtures and Replacement items also need to be in line with CPWD Practice.

Instructions in this regard have been issued to all Zonal Railways.

It may be seen from the above that substantial efforts are being made by Railways to improve the maintenance of Railway colonies and in the years to come the outcome of these steps will be visible”.

Above position is conveyed to the affiliates for offering views to the Federation soon,taking into account ground reality and holding discussions with the concerned staff and authorities.