To,
All Chief Postmaster General
All G.Ms. (PAF)/Directors of Accounts (Posts).

Consequent upon grant of another installment of Dearness Allowance, with effect from 1st January, 2014 to the Central Government Employees vide Government of India, Ministry of Finance, Department of Expenditure’s O.M. No. 1/1/2014-E-I1 (B) dated27.03.2014, duly endorsed vide this Department’s letter No. 8-1/2012-PAP (Pt.) dated 28.3.2014, the Gramin Dak Sevaks (GDS) have also become entitled to the payment of Dearness Allowances on basic TRCA at the revised rate with effect from 01.01.2014. It has, therefore, been decided that the Dearness Allowance payable to the Gramin Dak Sevaks shall be enhanced from the existing rate of 90% to 100% on the basic Time Related Continuity Allowance, with effect from the 1st January, 2014.

2.    The additional installment of Dearness Allowance payable under this order shall be paid in cash to all Gramin Dak Sevaks.

3.    The expenditure on this account shall be debited to the Head “Salaries” under the relevant head of account and should be met from the sanctioned grant. 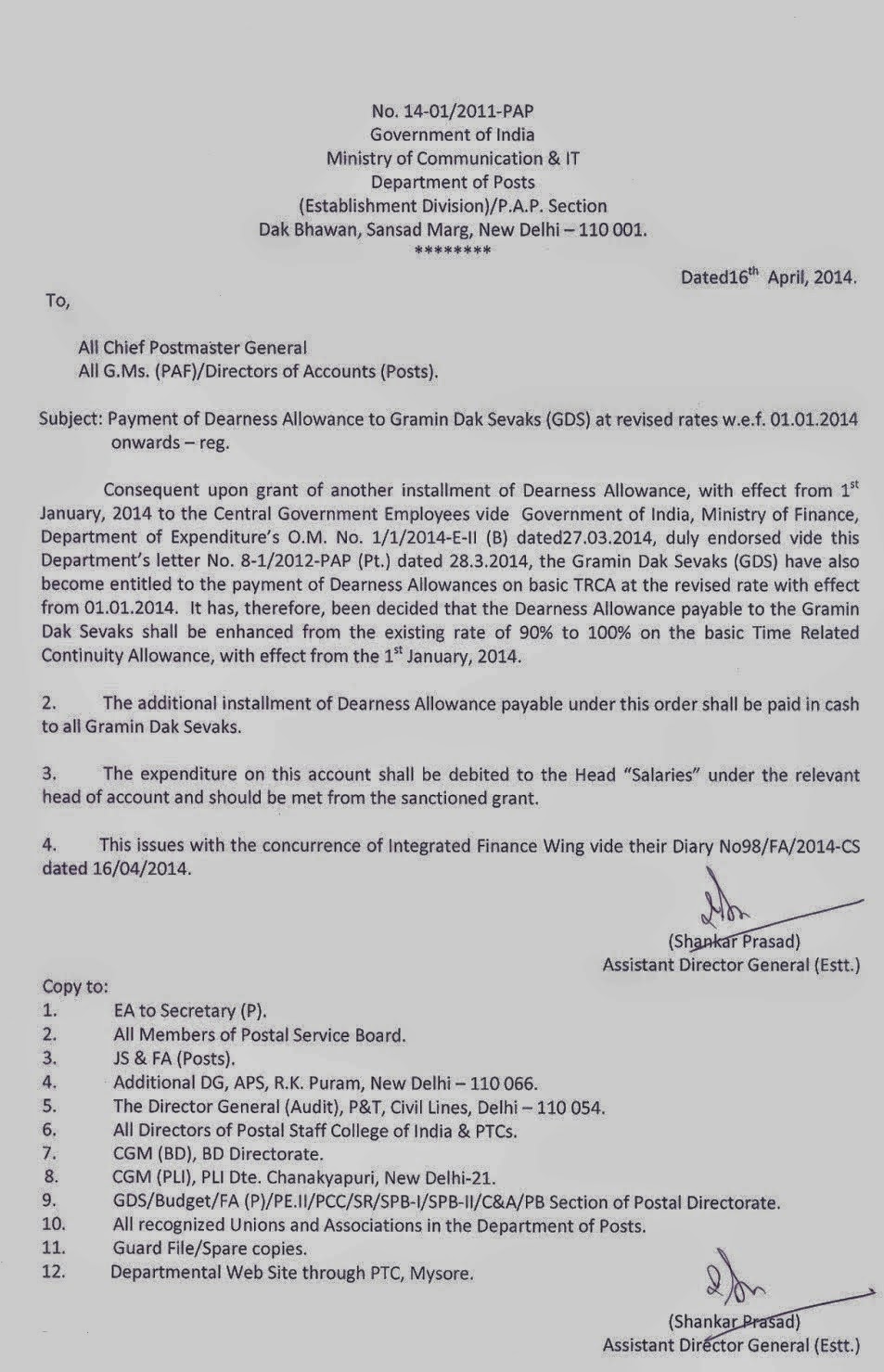