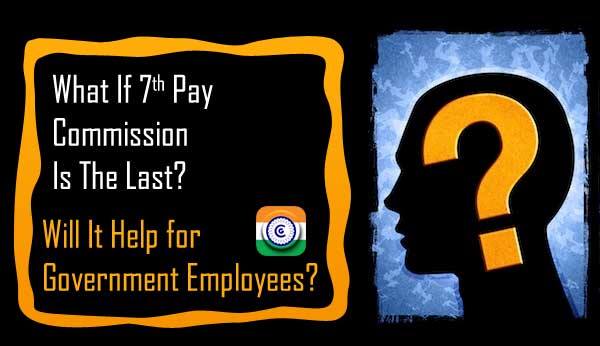 The news has indeed brought confusion among the lakhs of government employees as to how will their new salary look like, what will the salary be increased and on what basis the government would increase the salary.

Reports are there that the BJP-led Central government is mulling to go for an alternative without making the employees to wait for 10 years to get a hike in their salary.

Justice A K Mathur, Chairman of the 7th Pay Commission, had earlier stated that revision of salary be done every year on the basis of the available data and price index.

According to reports, the Aykroyd formula may be considered for the pay hike of the central government employess. The said formula takes into account the three basic needs of human being while considering pay hike and salary structure.

“It will be a good initiative if the government comes up with the plan. Yearly increase will help to maintain financial position. However, looking at the recent hike as per the 7th Pay Commission, nothing can be expected from the government,” said a Central government employee.

“Employees are still feeling cheated and agitations are on against the anti-employee policies of the government. In such a situation, in the name of annual hike, doubts are there that we might get deprived of at least what we are getting from the pay commission held every 10 years,” said another employee.

Reviewing the pay matrix periodically instead of waiting for long ten years to revise the salary and allowances will not be an easy task for any government. It may lead to more confusion and bewilderment among the employees, he said.

“If we get what we deserve then the new policy will definitely help, but doubts still persists over its feasibility,” he added.

“There’s no need to talk about a new policy for the employees when the recently implement pay commission is mired in controversy. No employee is happy with the hike in salary and allowances. Without diverting the topic, government should first increase the minimum pay as per the demand of the employee and media should avoid such news which will only deflect and confused the employees,” said a retired Indian Railways employee.

Meanwhile, the government is yet take a decision over the demands of the Central government employees to increase the minimum pay from the present Rs 21,000 to Rs 26,000.