Government of India
Ministry of Railways
(Railway Board)

Sub: Recommendations of the Seventh Central Pay Commission – Implementation of decision relating to the grant of Children Education Allowance.

2. Deptt. of Personnel & Training has now issued another OM No. A-27012/02/2017-Estt.(AL) dated 31.08.2017 regarding reimbursement of Children Education Allowance for differently abled children of government employees. A copy of the said O.M. is enclosed herewith.

The aforesaid instructions of the DOP&T may be adopted mutatis-mutandis in respect of railway employees. 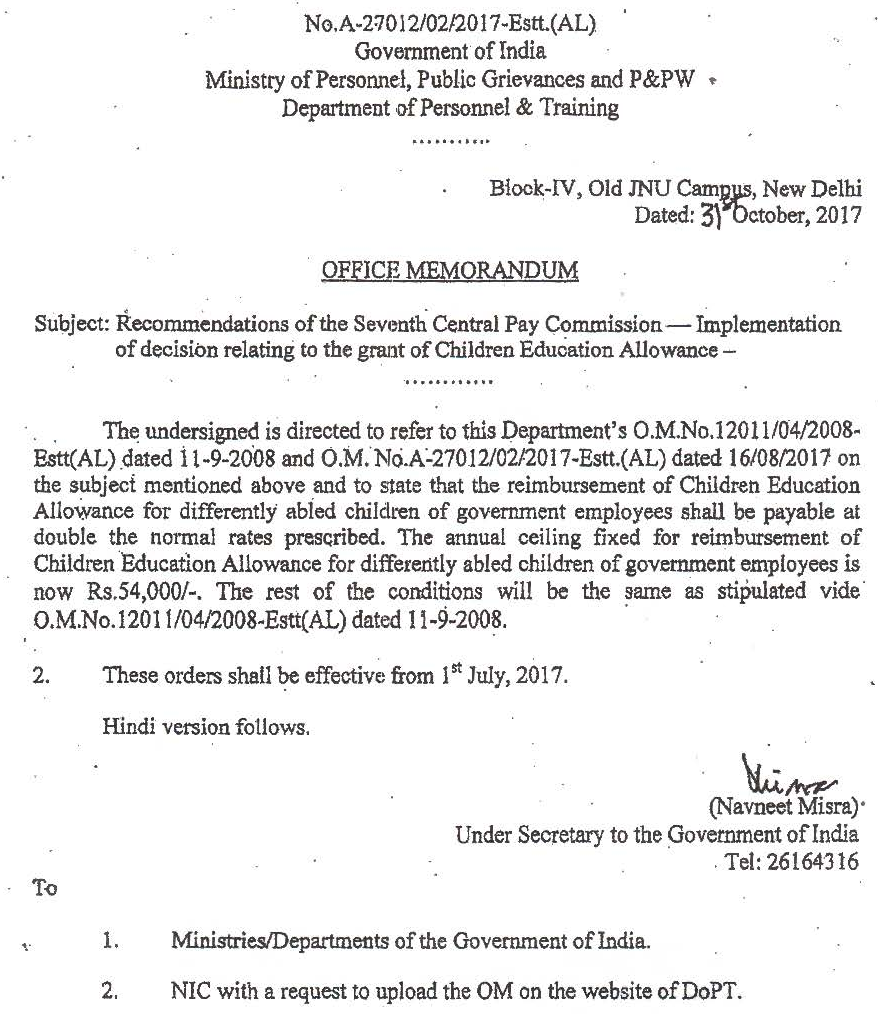