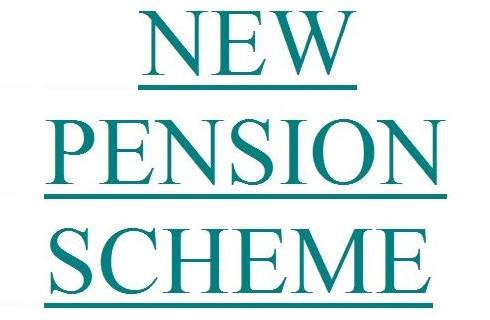 On 06.12.2018, Government has approved the following proposals pertaining to choice of Pension Fund and investment pattern for Central Government subscribers under NPS:

Choice of Pension Fund: Central Government subscribers will be allowed to choose any one of the pension funds including Private sector pension funds.  They could change their option once in a year. However, the current provision of combination of the Public-Sector Pension Funds will be available as the default option for both existing as well as new Government subscribers.

Choice of Investment Pattern: The following options for investment choices will be offered to Central Government employees:

Government employees who prefer a fixed return with minimum amount of risk may be given an option to invest 100% of the funds in Government securities (Scheme G).

Government employees who prefer higher returns may be given the options of the following two Life Cycle based schemes.

Conservative Life Cycle Fund with maximum exposure to equity capped at 25% at the age of 35 years and tapering off thereafter (LC-25).

Moderate Life Cycle Fund with maximum exposure to equity capped at 50% at the age of 35 years and tapering off thereafter (LC-50).

In case an employee does not submit any choice, the existing allocation of funds shall continue as the default option.

This was stated by Shri Shiv Pratap Shukla, Minister of State for Finance in written reply to a question in Rajya Sabha today.