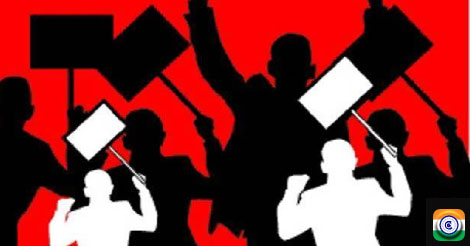 The 7th Pay Commission report that received a nod from the Cabinet chaired by Prime Minister Narendra Modi, will levy a pay hike of 23.55%.

Nearly 32 lakh central government employees have announced they will be going on a strike starting July 11, protesting against the 23.55% salary hike approved by the Cabinet on Wednesday, Zee Business channel news frash indicated.

Earlier in the day the Cabinet approved the recommendations put forth by the 7th Pay Commission panel, which will impact the salaries of one crore government employees.

Under the final approval, the basic salary of government employees will be hiked by 15% and the overall 7th Pay Commission pay hike stands at 23.55%. The central government employees, unhappy with the rate of pay hike had warned earlier that they will stage a strike on July 11, demanding a pay rise of atleast 30%.

At current levels, the salary hike is the lowest in 70 years, but a senior government official stated tight fiscal situation as the reason, stating that a provision to increase it to 18-20% was still open.

On July 4, M Krishnan, Secretary General of the Confederation of Central Government Employees and Workers issued a notice to the employees who are member and affiliated organisations regarding the pursuance of an indefinite strike from July 11 2016.

Krishnan had earlier said that if the government adopts delayed tactics or issue unilateral orders rejecting our demands, then confrontation shall become inevitable.

The Confederation of Central Government Employees & Workers on June 27, also put up a notice calling for an indefinite strike from July 11 and demonstrations and rallies in front of all important government offices and centres from July 4 to July 10.