New Delhi: The Seventh Pay Commission is not likely to take a major decision of the lowering of the retirement age for central government employees to 58 years old, two years earlier than what the present law requires. 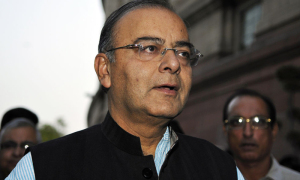 Since studies show that Indian people reaching the age of 50 years old tend to suffer from a decline of cognitive and physical abilities.

That older employees also find it harder to adapt to modern technology, which is must required to develop the nation.

The youth people in country have increased and so the pay panel may want to focus on Youth unemployment as, “More retirees would mean more job openings for the youth.”

But no discussion has made on the proposal to either raise or reduce the retirement age of central government employees from the present 60 years in the pay panel till date.

The pay panel is likely to keep the retirement age of central government employees unchanged at 60 years, a senior official of the pay panel said.

“We are not going to either recommend lowering or raising the retirement age. If we lower the age limit, the pension burden will bust the government’s medium-term fiscal targets,” he added.

However, the Seventh Pay Commission urged the finance ministry to extend the deadline by a month to submit its recommendations. Accordingly it is expected to submit its report by the end of September. The time allotted for the commission ends this month.

“There are some data points that are missing, which we hope to get by this month end. We are trying to submit the report by 20 September,” the official of the pay panel also said.

The Pay panel report may be effective from by April 2016.