Rendering of Life Certificate by Ex-Servicemen:

Gentle reminder that during the month of November , you are required to render a life certificate to the bank from where you are drawing your pension . Submission of this Certificate is essential for the bank to continue with disbursal of your pension. 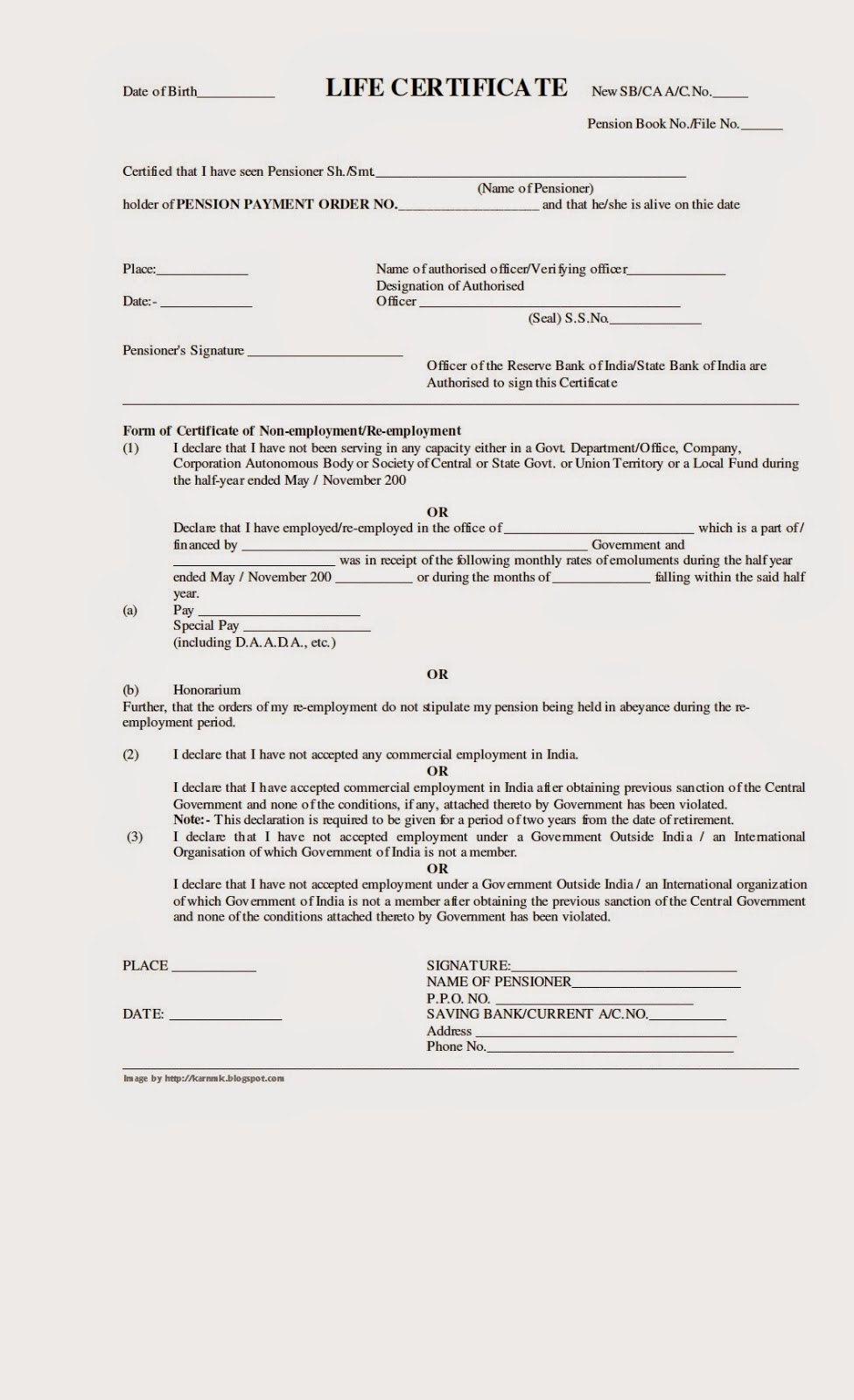 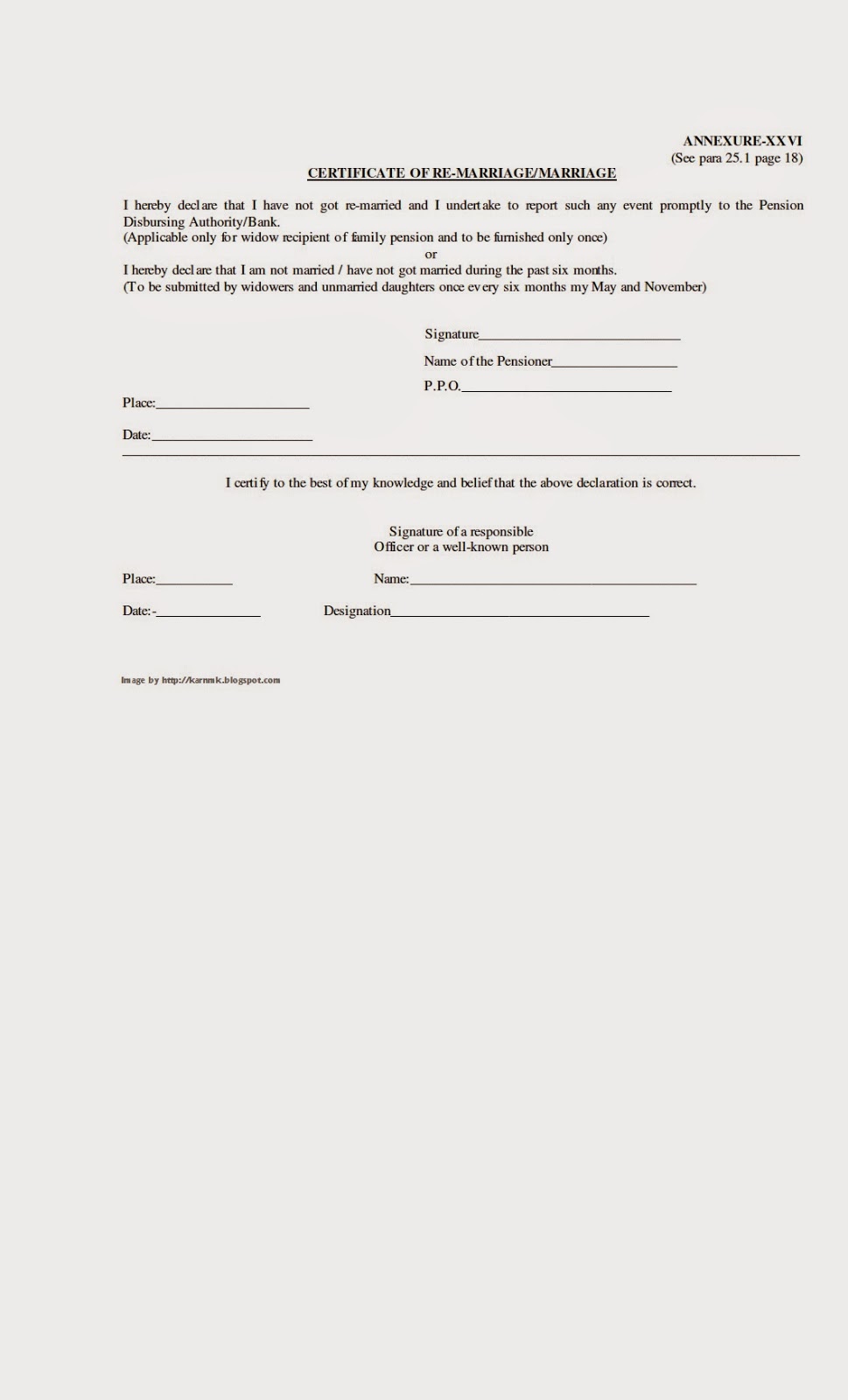 The formats can be downloaded here life_certificate_COMPLETE_For ESM

Officers Authorised to sign Life Cerificates
Life certificates issued/signed by one or other of the following authorities/persons can be accepted:-