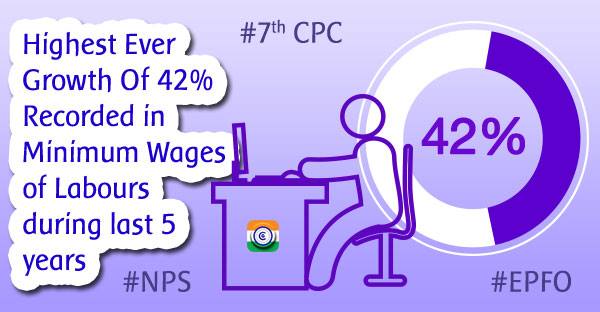 During the last 5 years, the minimum wages of labours of all classes have been increased by 42% which is the highest increase so far. While presenting the Interim Budget 2019-20 in Parliament today, the Union Minister for Finance, Corporate Affairs, Railways and Coal, Shri Piyush Goyal said that the high growth and formalistation of the economy has led to the expansion of employment opportunities as shown in EPFO membership, which has increased by nearly 2 crore in 2 years reflecting formalisation of the economy and job creations.