Proceeding on adoption of Resolution on Abolishing NPS 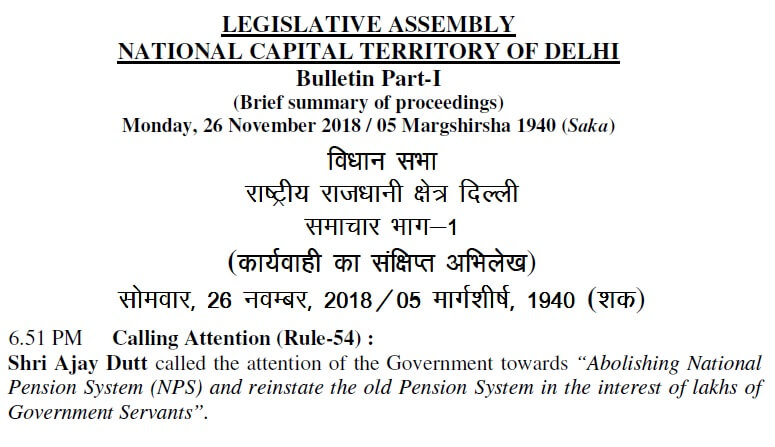 The following Resolution moved by Sh. Ajay Dutt was put to vote and adopted by voice-vote :

“The Legislative Assembly of NCT of Delhi, having its sitting on 26 November 2018 :

Taking note of the negative consequences of the anti-employee National Pension System (NPS) that is imposed on the Government Servants by the then NDA Government in 2004 and sustained by the UPA-I, UPA-II and NDA-II Governments,

Given the fact that, unlike the old pension scheme, the NPS :

Given the fact that the pro-people and welfare oriented Government of NCT of Delhi is strongly in favour of restoring the rights and privileges of its employees by way of replacing the NPS with the time tested old pension scheme,