Subject: Grant of 10 days Casual Leave to those Civilian employees under Defence Establishments who are not entitled to 17 holidays per calendar year

The undersigned is directed to say that this division has been receiving proposals from Line Dtes and Defence Federations to grant 10 days Casual Leave to the Defence Civilian employees in such Defence units wherever the entitlement is less than 17 days Gazetted holidays.

2. In this connection, para 9 of the Appendix-III of the CCS(Leave) Rules, 1972 is reiterated as under:

8 days – For those entitled to 17 holidays

3. All concerned are therefore requested to ensure that the entitlement of Casual Leave to the Civilian employees in the Defence Establishments under MoD who are covered under CCS(Leave) Rules, 1972, is adhered strictly as per Para 9 of the Appendix-III of these Rules.

S/d,
(Dalpat Singh)
Under Secretary to the Govt of India 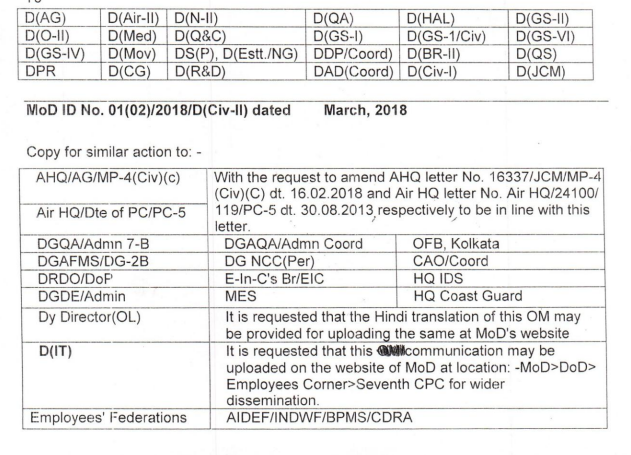