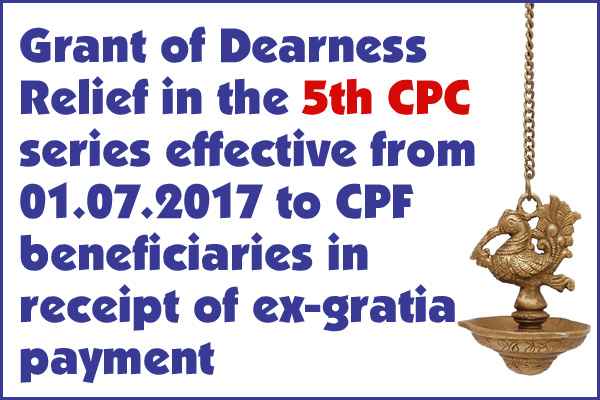 Sub:- Grant of Dearness Relief in the 5th CPC series effective from 01.07.2017 to CPF beneficiaries in receipt of ex-gratia payment-reg

2. Payment of DR involving a fraction of a rupee shall be rounded off to the next higher rupee.

3. It will be the responsibility of the pension disbursing authorities, including the nationalized banks, etc. to calculate the quantum of DR payable in each individual case.

4. In their application to the Indian Audit and Accounts Department, these orders issue after consultation with the C&AG.

(Charanjit Taneja)
Under Secretary to the Government of India