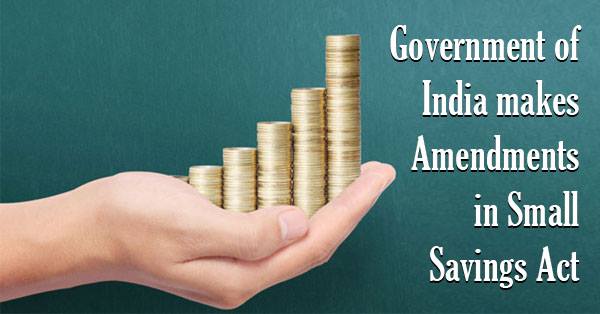 All existing protections have been retained while consolidating PPF Act under the proposed Government Savings Promotion Act.​ ​

The Government gives highest priority to the interest of small savers, especially savings for the benefit of girl child, the senior citizens and the regular savers who form the backbone of our country’s savings architecture. In order to remove existing ambiguities due to multiple Acts and rules for Small Saving Schemes and further strengthen the objective of “Minimum Government, Maximum Governance”, Government of India has proposed merger of Government Savings Certificates Act, 1959 and Public Provident Fund Act, 1968 with the Government Savings Banks Act, 1873. With a single act, relevant provisions of the Government Savings Certificates (NSC) Act, 1959 and the Public Provident Fund Act, 1968 would stand subsumed in the new amended Act without compromising on any of the functional provision of the existing Act.

All existing protections have been retained while consolidating PPF Act under the proposed Government Savings Promotion Act. No existing benefits to depositors are proposed to be taken away through this process. The main objective in proposing a common Act is to make implementation easier for the depositors as they need not go through different rules and Acts for understanding the provision of various small saving schemes, and also to introduce certain flexibilities for the investors.

However, concerns have been raised from different corners and also by print and social media that the Government aims to bring down the protection against the attachment of Public Provident Fund Account under any decree or order of any court in respect of any debt or liability incurred by the depositors. It is made clear that there is no proposal to withdraw the said provision and the existing and future depositors will continue to enjoy protection from the attachment under the amended umbrella Act as well.

Apart from ensuring existing benefits, certain new benefits to the depositors have been proposed under the bill. These are:

Apprehension that certain Small Savings Schemes would be closed is also without basis.