MINISTRY OF PERSONNEL, PUBLIC GRIEVANCES AND PENSIONS
(Department of Personnel and Training)

S.O. 3964(F). – In exercise of the powers conferred by the proviso to article 309 of the Constitution read with rule 6 of the Central Civil Services (Classification, Control and Appeal) Rules, 1965 and in supersession of the notification of the Government of India in the Ministry of Personnel, Public Grievances and Pensions (Department of Personnel and Training) number 5.0. 3570(E), dated the 9a November, 2017, and after consultation with the Comptroller and Auditor General of India in relation to person serving in the Indian Audit and Accounts Department, except as respects things done or omitted to be done before such supersession, the President hereby directs that with effect from the date of publication of this Order in the Official Gazette, all civil posts under the Union, shall be classified as follows,

Explanation. – For the purpose of this Order, ‘Level’ in relation to a post means, the Level specified in third row of Part A of the Schedule to the Central Civil Services (Revised Pay) Rules, 2016. 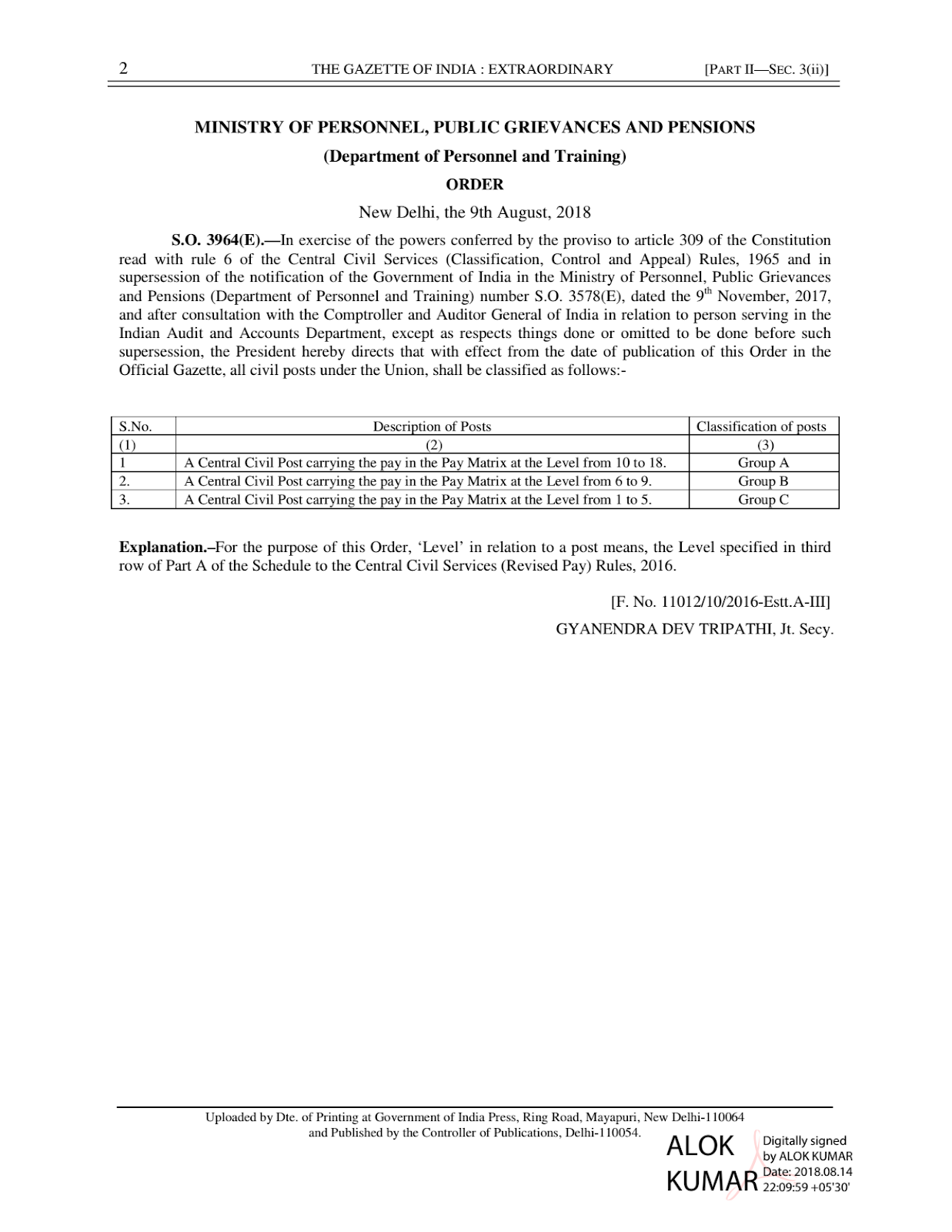