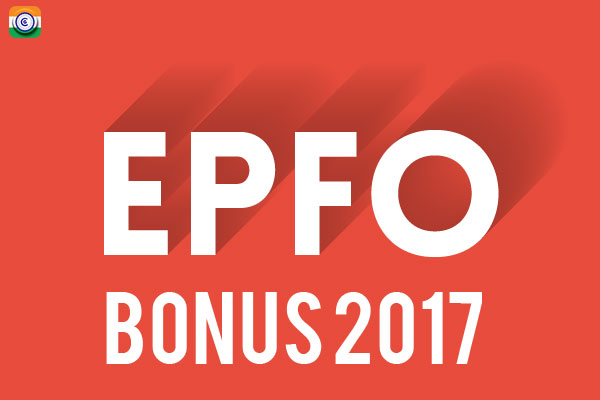 Sub: Declaration of Productivity Linked Bonus (P.L.B.) for the employees of the EPFO for the year 2016-2017.

The Central Government, in terms of Section 5D(7) of the Employees’ Provident Funds Miscellaneous Provisions Act, 1952, has conveyed its approval to the existing Productivity Linked Bonus Scheme for the year 2016-2017 for the employees of EPFO vide letter No A-26022/1/94-SS.1 dated 20th September, 2017.

2. Accordingly, the competent authority is pleased to convey the approval for payment of the Productivity Linked Bonus for the year 2016-2017 for 60 (Sixty) days in all the offices of EPFO. The bonus of 60 days has been assessed on the basis of data/information submitted by the Regional Offices in compliance to Head Office letter dated 21.08.2017. The payment of bonus is to be released to all Group ‘C’ and Group ‘B’ (Non-Gazetted) employees of EPFO.

3. The terms and conditions governing payment of P.L.B. will be as per the instructions issued by the Government of India for payment of the bonus to the employees in Central Government departments from time to time. However, the quantum of bonus may be assessed as per the following formula circulated vide Govt. of India, Ministry of Finance O.M. No. 7/4/2014/E.III(A) dated 19.09.2017.

5. The term ’emoluments’ occurring in these orders will include Basic Pay, Personal Pay, Special Pay, Deputation (Duty) Allowance and Dearness Allowance, but will not include other Allowances, such as HRA, CCA Special Compensatory (Remote locality) Allowance, Bad Climate Allowance, Children Education Allowance and Interim Relief etc.

6. The expenditure incurred for payment of bonus may be debited from the budget head “Productivity Linked Bonus.”

(This issues with the approval of Central P.F. Commissioner).